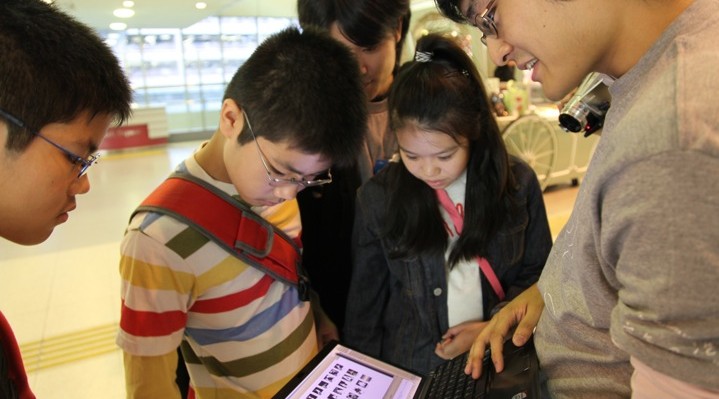 We held a workshop to show original silhouettes on the Particle Display System of Constellation of Departure. The advantage of the display is that viewers can see high-definition images, which could be scrolled, thanks to the afterimage effect of the human visual system. First of all, the participants took their own snapshots by posing in front of a USB camera connected to a PC. Then, they displayed their favorite silhouettes, instead of airplanes, on the ceiling display. They also confirmed the differences in afterimages by changing the scrolling speed. The participants enjoyed displaying their own silhouettes. They also tried creating shadow figures using their hands or objects like a pair of glasses.